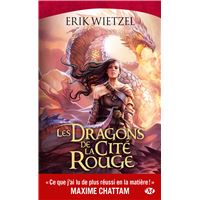 
Few prints exist at the distribution companies — some cannot find their negatives! Par, Hatari! Who and the Daleks Ind, Ecco! Ind, Family Jewels Par, Git! Robinson Caruso U. In , Albert H. Reynolds and Dowlen Russell of Texas tried to re-create the Cinerama process using two rather than three cameras. When two interlocked projectors played the two prints, a 2. Only one feature was made in the process, Thrillarama Adventure , which played for one week in Houston, Texas, then closed. Both panels were printed in the dye transfer process, with the left panel in the mag only format with fox sprockets, and the right panel silent with conventional sprockets.

One complete print exists in a private collection. In , Fox tried to upgrade their CinemaScope process by adapting it for use with a large format negative. Kodak manufactured a special 55mm color negative and print film which was processed at DeLuxe. They named the process CinemaScope It used the same anamorphic compression as the 35mm format, retaining the 2. Since a larger negative was used, sharpness and resolution were increased. Another development was the use of anamorphic prime lenses rather than attachments.

A series of lenses was created with different focal lengths that had the squeeze built in which had foreshadowed the Panavision anamorphic system. Fox noticed the quality of the VistaVision reduction prints coming out of Technicolor and had DeLuxe build them an optical printer to derive standard 35mm scope prints from the 55mm negative. The 35mm Eastmancolor scope reduction prints of the first feature, Carousel , were so sharp that it was never shown in the large format. The second feature, The King and I , also made in , reportedly played 55mm for some limited engagements.

Although better than standard 35mm scope positives, reduction printing in Eastmancolor did not work as well as it did in the dye transfer process.


For the reissue, Fox sent the reduction 35mm internegative to Technicolor and had 35mm dye transfer prints made in a cropped 2. Both 55mm features were also printed in the 16mm dye transfer scope process as well. Future large scale Fox films were shot in 65mm. In the rush to widescreen, Howard Hughes and his RKO company wanted to compete, but the billionaire had no intention of paying a franchise fee to Fox for use of their CinemaScope lens attachment.

He made a deal with the Tushinsky brothers, equipment manufacturers, to develop a new anamorphic system known as SuperScope. All SuperScope entailed was the adaption of a standard 1. Since the frame was being cropped and enlarged, the resulting dye transfer release prints were grainy and lacked sharpness. The SuperScope prints were made in a 2 x 1 ratio by printing black borders on the sides of the image fig. A projector plate would crop the image, but a standard anamorphic lens could be used. The Tushinskys also made a new kind of lens attachment that was really a box with two mirrors that gave a variable anamorphic compression, in the event future formats were introduced that did not use the standard 2 x 1 compression.

The Tushinsky SuperScope projection attachments were difficult to adjust, and no matter how an operator turned the knob on top of the box to unsqueeze the image, it looked slightly distorted. Since the same 2 x 1 ratio could be achieved by cropping a standard release print without adding anamorphic compression, and since the resulting print had less grain, SuperScope was a pretty worthless process and was quickly phased out after Hughes sold RKO to General Tire in Several features that were originally released in 1.

The last was the most ridiculous; each animated sequence was given a different cropped aspect ratio, including an anamorphic squeeze in some that made the figures appear fat. The only interesting thing about this version was that it was the only dye transfer reissue that contained the Fantasound stereo tracks in the magnetic only format. Future stereo reissues of Fantasia were in the Eastmancolor process and lacked the vibrant colors and rich contrast of the Technicolor originals.

One of the partners in the Cinerama company was veteran theatrical showman Michael Todd. He had supervised the European sequences of This Is Cinerama. Todd had reservations about the join lines that made up the widescreen image and the problems of keeping so many separate elements in synch. He sold off his interests in Cinerama and decided to develop his own proprietary format that would simulate the panoramic image without the join lines and contain the stereo tracks on the release copies.

Todd formed a partnership with Dr. A set of extremely wide angle lenses was developed that attempted to replicate the field of vision of Cinerama. Todd had Kodak manufacture him a special 65mm negative stock for principal photography. For contact positive release prints, Kodak developed a 70mm stock. The extra 5mm was necessary for the six channels of magnetic strips applied to the base inside and outside the normal sized sprockets. The projected aspect ratio was 2.

The Todd AO 70mm release prints, with their improved sharpness and resolution, represented the best quality available in the Eastmancolor process at the time. Since the wide frame was spherical rather than anamorphic, Todd AO prints displayed none of the distortion associated with the CinemaScope attachments.

The only problem with the process was adapting it to 35mm for general release: There were no 35mm projectors in the U. The first Todd AO production, Oklahoma! During principal photography, the actors had to perform their roles for the 65mm cameras and then play the same scenes over to be shot in 35mm CinemaScope. Technicolor made the 35mm dye transfer magnetic only release prints in the full frame 2. I, lab manufactured the 70mm positives. It was obvious that the CinemaScope version was inferior to the 70mm version.

For his own production of Around the World in 80 Days , released in , Todd wanted the capability of making top-notch 35mm dye transfer general release copies as well as large format prints. His approach was both unusual and typical of the showmanship common in this era. Two 65mm negatives were exposed during principal photography. The grain structure was finer, which increased apparent sharpness. VistaVision, Todd AO and other large negative printdowns represented the best color image possible on 35mm film.

The method of making the 35mm prints was similar to the VistaVision process. The 65mm negative would be reduced in an optical printer to 35mm by adding an anamorphic compression to the matrices.

The three matrices were then transferred in a conventional manner. Several different 35mm versions were made of Around the World in 80 Days. For four-track magnetic-only prints, the 24 frames per second 65mm color negative was reduction printed to full frame matrices using the entire silent aperture ratio with a lesser 1.

When unsqueezed in a SuperScope variable anamorphic attachment, the 70mm aspect ration of 2. These unusual 35mm dye transfer prints also had a Perspecta encoding on the rear channel to direct the sound to three speakers in the back of the theater. This same version was released in England but transferred onto thinner 34mm blank stock to get around the 35mm import fees and derived from the 30 frames per second 65mm negative. Special motors had to be adapted to screen these 35mm Technicolor copies, referred to as Cinestage prints, at the faster 30 frames per second speed.

No Cinestage copy seems to have survived. For general release, the 24 frames per second 65mm negative was reduction printed to matrices with a conventional 2 x 1 squeeze and a projected aspect ratio of 2. This resulted in a slight cropping on the top and bottom of the 2.

General release Technicolor prints of Around the World in 80 Days were made with a Perspecta optical soundtrack. The picture was a tremendous hit and won the Academy Award for Best Picture of , although Todd had to sell off his interests in both Cinerama and Todd AO to finance the film. Sadly, he died in a plane crash while on a promotional tour, and the world lost a great showman.

After his death, the distribution of the film passed through two companies who proceeded to cut the negatives and allow them to deteriorate. The new Eastmancolor prints display serious negative fading and are 40 minutes shorter than the original Roadshow. Fortunately, a number of uncut 35mm Technicolor prints exist in archives and private collections. After Todd died, the Todd AO company decreased the speed to the standard 24 frames per second to make reduction printing easier.

Most of the remaining Todd AO productions were released in the dye transfer process in 35mm, resulting in superior sharpness, albeit with a slight cropping on the top and bottom of the frame. One way to make huge profits in the fifties was to own and sublicense a new widescreen process.

During matrix manufacture, the negative was given an additional compression as it was reduction printed to generate a standard 2. With the introduction of Technirama, Technicolor was able to offer an ultrasharp scope image that rivaled the quality of Todd AO reduction IBs but had the advantage of using 35mm rather than 65mm film for principal photography. Meanwhile, the popularity of 70mm Roadshow prints inspired the research department to modify the process further. They adapted a printer to optically derive a 70mm positive from the 35mm Technirama negative, thus launching Super Technirama As previously mentioned, optical printing in Eastmancolor did not work as well as it did in the dye transfer process.

The grain structure of the silver halides that generated the latent image of the matrix was finer and more precise than the dye couplers exposed during Eastmancolor reductions or enlargements. As a result, the 70mm optical prints derived from Technirama negatives were not as good as those contact printed from 65mm negatives, although audiences probably would not have noticed the difference.